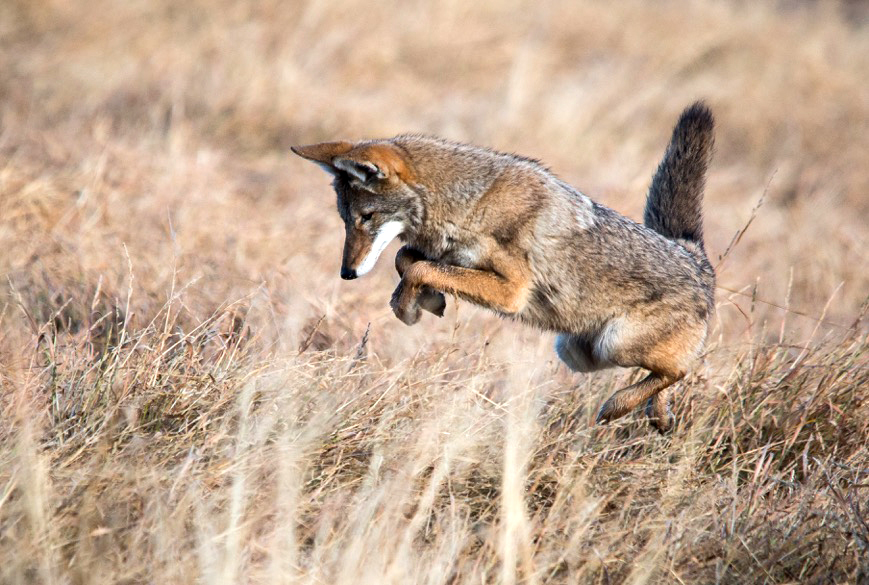 Are you on the fence about coyotes? Don’t know who to believe? Do coyotes pose a threat to humans? What about dogs and cats? Where did coyotes come from, are they invasive? What do they eat? Where do they live? You may find it hard to discriminate facts from fiction. You may be surprised to learn that people are exponentially more likely to be attacked by a dog than a coyote, that coyotes are monogamous, and they often mate for life. Wildlife laws do little to protect them and scientists are deeply concerned about gratuitous, indiscriminate killing of carnivores and consider “carnivore cleansing” whether in contests or trophy hunting as ecologically destructive practices.

If you believe that coyotes and other wildlife deserve better than to be slaughtered in killing contests or as trophies under the pretense of “management”, and if you still trust science over hyperbole and hysteria, then please join us to celebrate the charismatic eastern coyote in a talk given by nationally renowned carnivore biologist, Dr. Jonathan Way at ……from 12:00 to 1:30 Saturday, February 10, 2018. After the talk, we invite you to join us in a protest sponsored by Boston Animal Save at the gun store holding the killing contest, Powder Horn Outfitters, in Hyannis. If you can’t make both, don’t miss the opportunity to learn about Cape Cod’s beautiful wild song dogs.

About the speaker – Dr. Way is the author of more than 40 professional science publications. Writing from personal observations in his research and studies of eastern coywolves, Jon gives a lively discussion on the fascinating lives of the eastern coywolf, a curious, intelligent animal that shares the DNA from eastern wolves and western coyotes. Being wild dogs, they also share a heritage with our domestic dogs as members of the Canid family.

As a local Cape Codder, Jon is considered an authority on carnivores, and especially coyotes, and has been invited to speak regionally across New England as well as nationally and in Europe. Jon has provided interviews for Cape Cod radio for programs like Mindy Todd’s NPR On Point and is a frequent co-author and collaborator with the country’s most widely respected carnivore scientists, and his website promotes the conservation of eastern coyotes: www.EasternCoyoteResearch.com

Our successful event brought over a hundred attendees with an interest in learning about the eastern coyote. Due to the limited size of the room, we had to break out into two sessions. Dr. Way was well received by all. Some photos from this day: 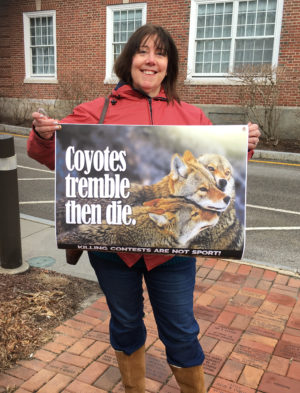 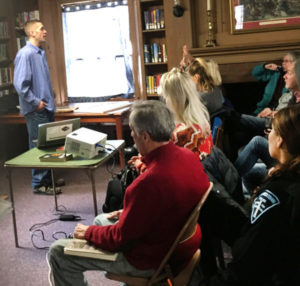 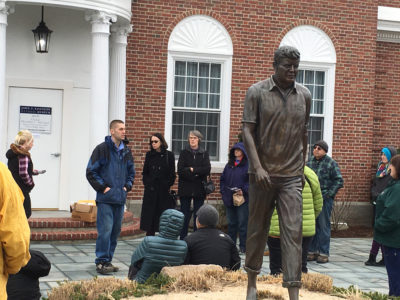 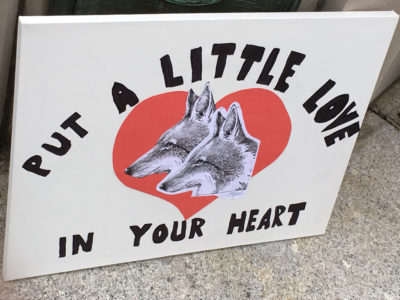