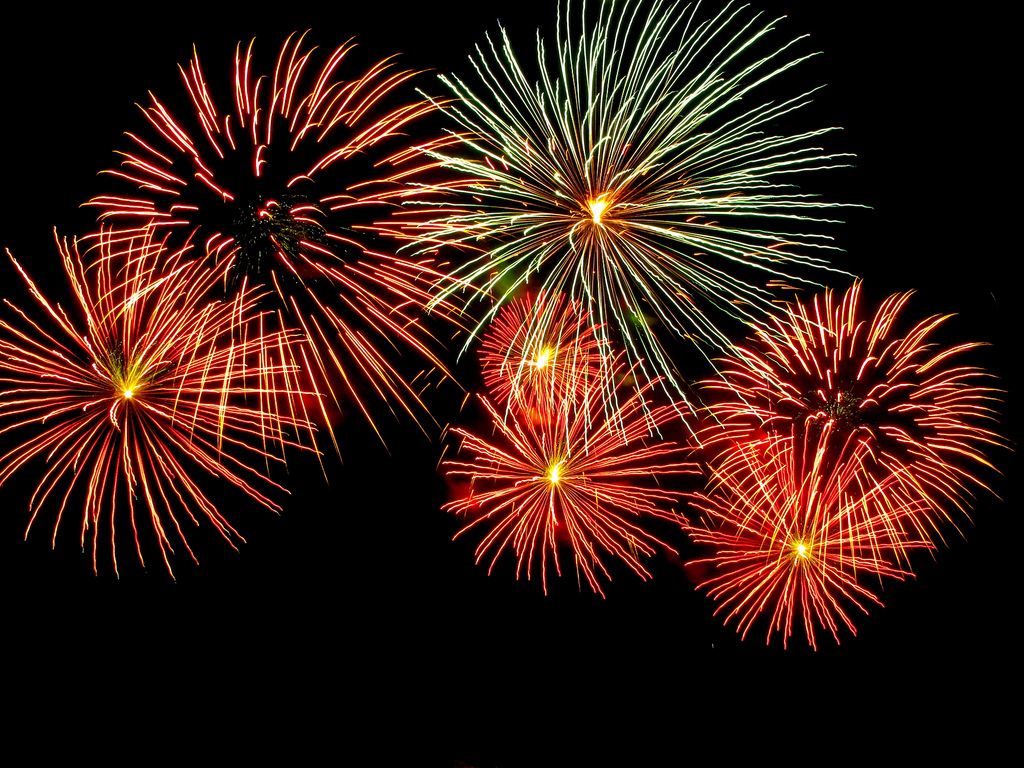 Fourth of July. New Years Eve. Weddings. Special Events. These are all becoming common instances where fireworks are included. We are all familiar with the colorful displays of light and the loud booms, but we may not be aware of the effect this has on other living beings, especially our companion animals and nearby wildlife.

As is commonly known, dogs and other animals have an acute sense of hearing, much stronger than that of their human counterparts. What is startling to our senses can be quite terrifying for animals and could result in them behaving unpredictably which could put them or their caregivers at risk.

People are told to leave their dogs at home, or even worse, to crate them, when fireworks are scheduled to be lit, but the American Humane Society strongly advises against this. A dog left alone in a house, or even confined to a crate, is more at risk to injure themselves trying to escape the noise. The Humane Society goes on to say that the most common behavior problems associated with loud noises is destruction and escape.

There are things that can be done, not just for the benefit of our domestic animals and wildlife, but also for people with noise related phobias such as individuals with PTSD and sensitive little children. Fireworks are being developed with less flashpowder (the chemical that produces the loud bangs) and the associated noise levels have been reduced significantly. Of note, noise reduction in fireworks began around 1999 and has grown in popularity and there are now more, and better, quieter fireworks available.

Please consider joining the list of cities and towns, both domestic and abroad, who have chosen to use fireworks with reduced flashpowder and thereby significantly reducing the noise factor. Go to your town council meetings and be a voice for the animals. You can help make your town a compassionate leader by introducing quieter fireworks on behalf of our domestic animals and wildlife.

Dogs and Fireworks: Dealing with Anxiety

11 Tips to Help Your Dog Cope With Fireworks